Fords of the 2015 Edelbrock Car Show

It’s nice when you know that the guy who builds your speed parts is as much of a car guy as you, maybe even more. In the case of Vic Edelbrock Jr., that is most certainly the case. Taking over his father’s company that started in the ‘40s and turning it into one of the biggest and most respected companies in the automotive aftermarket, Vic proved that he’s not only a smart businessman but also a rabid hot rodder with an incredible collection of hot rods, restorations, and race cars. To Mustang fans specifically, he has owned several G.T.350s and the Bud Moore Trans Am Mustang raced by George Fullmer. But Vic also loves car shows, and 10 years ago he decided to open up his hot rod storage area, Vic’s Garage, to the public and hold a big car show, which was a modest success. Now, a decade later, it’s a big deal, so we went down to Torrance, California on Saturday May 2 to check it out from a decidedly Mustang and Ford perspective.

Source and Read More: Fords of the 2015 Edelbrock Car Show 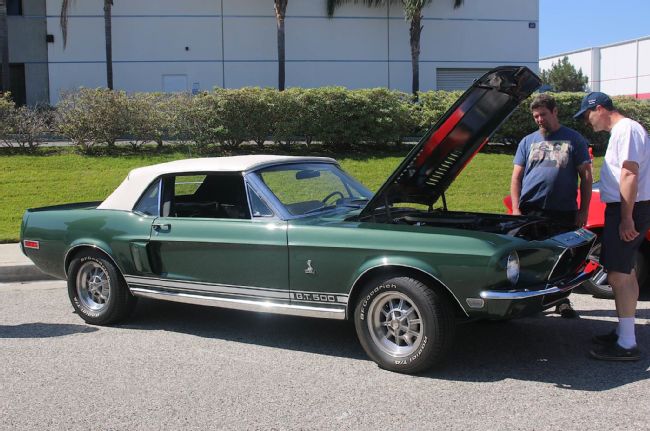