E-Type Jaguar comes out of hiding after 25 years 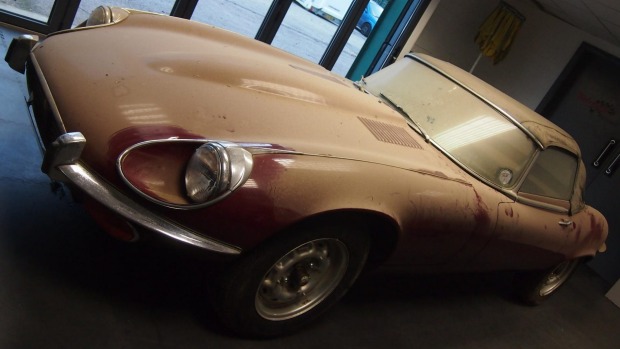 An incredibly original 1973 Jaguar E-Type Series III V12 Manual Roadster with just 12,300 kilometres on the clock has been taken out of hiding in Britain to be sold at auction.The classic sports car has been owned throughout by the one family after first being purchased by the current owner’s grandfather and registered on August 15, 1973.It was rarely used and spent much of its early life in a garage at the family home in Warwickshire before ownership passed onto the first owner’s son who kept it unused in the same garage. The car, however, was properly immobilised and oil was put into the cylinders.It received a full service in October 2006 and put back into storage again.

Source and Read More: E-Type Jaguar comes out of hiding after 25 years | Stuff.co.nz