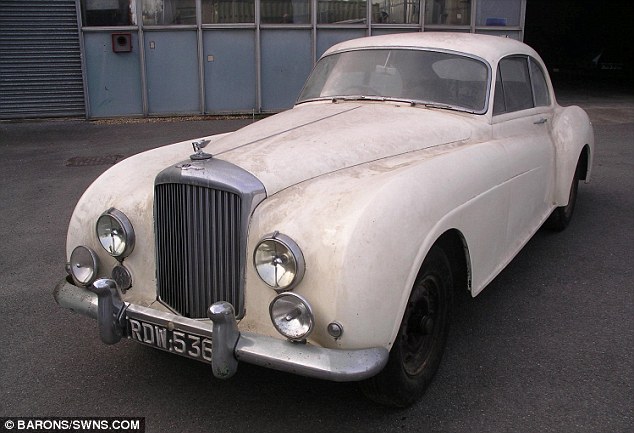 A rare Bentley which has lain gathering dust for years has been bought for almost four times its estimated value – but still needs a full restoration.The 1954 Bentley R-Type Continental Fastback was estimated to sell for around £200,000 by auctioneers but ended up being sold for £739,212 – a record for the auction house.Originally commissioned by Welsh racing driver R D Weatherall and painted in his racing colour of purple – the license plate still bears his initials.