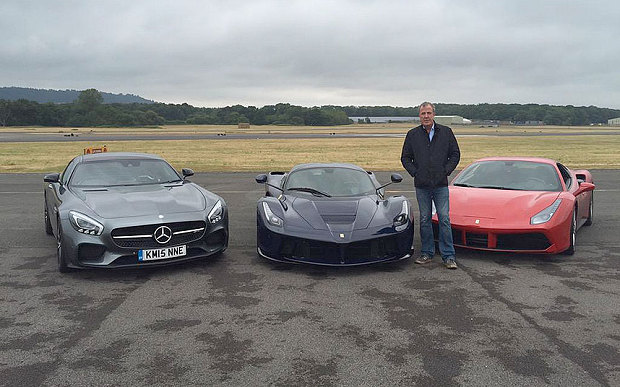 Jeremy Clarkson has revealed how the BBC locked the Top Gear offices to stop him taking a souvenir when he returned to the set to drive his last ever lap.The controversial former host of the much-loved TV show described how he felt “a bit choked” as he went through the gates of the famous race track one last time.Clarkson, who was sacked from Top Gear earlier this year and is being replaced by new host Chris Evans, took part in the “last hurrah” last week – a lap around the track for charity.“I was feeling a bit choked as I went through the gates for the very last time,” he said of the event.“The Top Gear portable office was locked to stop me taking even a small souvenir. The hangar was empty.”